As a champion for diversity and inclusion in business, Laura Hay is formidable. “My life’s work is to develop and promote women in leadership,” she tells us, “and I’m going to do it ’til I die.” She’s blazed a trail through KPMG herself, most recently becoming the first woman to lead the global insurance leadership practice — an experience, she says, that is very different and new for her, and about which she is very excited.

And as if her own example was not inspiration enough, Hay also gives free workshops to younger professionals, to give them the necessary tools to advance. “For me, there’s a real pay it forward aspect,” she explains.

You’ve got to raise your hand

Certainly, Hay has had her share of learning opportunities on the path to her new role, and, in the spirit of paying it forward, she’s more than happy to share them.

This path finds its beginning in the twin passions of her university days — mathematics and theatre — which led Hay to combine the technical focus of the actuarial student programme at MetLife in the US with opportunities to build connections with others and manage teams. Eight years later, she left MetLife and joined KPMG.

As she talks through the big moves in her career, it’s clear that they have, for the most part, been driven by this desire to follow her passions. A particularly formative example came just two years after joining KPMG: “I raised my hand and said, ‘I want to try something a little bit different. I really am very interested in adventure and travelling.’ I felt I wanted to try new and different things, and so I said, ‘if there’s anything global — I’d be interested.’”

Less than six months later, her wish was granted: “They said, ‘listen, there’s this big global project in London. Can you help out?’” It was the start of an exciting time, doing overseas work which Hay really loved, and in which she says she thrived.

Reflecting on that time, Hay says, “The first piece of advice I give when I talk to women is that you’ve got to raise your hand and let people know what you’re interested in. It might not be available right then, but it could be available later — you never know!”

It’s not always easy to summon up the confidence to put yourself forward in this way, but the ability to do so has allowed Hay to take control of her career, and drive it forward. “I think confidence is everything,” she explains. “There’s a lot of people that have tremendous skills — that’s table stakes — but confidence is important for gaining opportunities.”

It’s vital, therefore, that women in the workplace speak up for what they want and make sure they’re being heard. Hay suggests that there are many things, both big and small, that women can do to project the necessary confidence: “Speak up early and often in meetings. Get your personal point of view out there, even if not everybody’s going to agree with it.”

“I think women in general don’t appreciate conflict as much as men. I say, welcome deliberative conflict. Don’t shy away from it. It’s okay to express your point of view and take a stand. I think it’s also okay to flip your point of view if somebody else has one that moves you in a different direction — there’s confidence in that as well.”

But it isn’t necessarily the case that women are simply innately less inclined to put themselves, and their point of view, forward. “Being interrupted in meetings is the number one topic that comes up in every single one of my workshops around confidence and risk taking. It’s not just about it being frustrating. Women start to shut down and not speak as early because they’re sick of being interrupted, and so the negative impact is that they get quieter at meetings,” says Hay. “This interruption issue is something that needs to be corrected, so that women can get out there with their point of view and move forward. And getting their point of view out there is one step closer to moving towards a leadership position. ”

Hay’s own willingness to put herself out there and seize opportunities has led her into some incredibly exciting work, but her rigorous schedule of travelling became unsustainable when she found out in 2002, two years into her partnership at the firm, that she was pregnant with her son. “It was life-changing,” she tells us.

What’s the worst that can happen?

Career-wise, it was clear that a huge adjustment had to be made, and Hay reached something of a crisis point. “I actually couldn’t see a path forward given that I had made so much of my brand global,” she explains. “At the time I actually resigned from KPMG.”

The firm, however, was keen to work with Hay to find a way for her to change trajectory, rather than slow down and stop. “KPMG came back and said, ‘you’re going to have to have a major pivot here, but we want to work with you on this,’” she explains. They asked her what kind of role she would be interested in, and worked with her to create it, a solution that led ultimately to her decision to stay. “To stay was one of the best decisions of my career.” Hay says.

She learned an important lesson at that crossroads. “At the time, I was trying to work the problem out myself instead of working with my mentors and the people that I trust,” she admits. “My big lesson was that I should have gone to them when I was feeling that way from the start.”

A reticence to reach out for support is a common problem, suggests Hay, and she has noticed a tendency among successful women to “feel like they have to do it themselves, to prove they can.” It’s destructive thinking. “Reach out for help,” Hay urges. “Build and then use your network.”

Hay stresses that it’s important to do so, not only at work, but at home, too, whether this network comprises family and friends who can provide emotional support, or people who are paid to keep the lights on when you’re out of town. Hay is clear that asking for help is not a weakness, but a strength: “I think gone are the days of feeling like you need to be Superwoman and prove to the world that you can do it all on your own. Use the superpower of your own, which is to collaborate with others to help you get what you want.”

Doing so can open up great possibilities. “In today’s society there are lots of things available that can help you be what you want to be,” says Hay, “but you have to take advantage of them.”

Collaborating with KPMG to find a way to manage things while starting a family was enormously rewarding. The role she created was a great fit, and Hay kept moving forward in several exciting jumps, becoming the actuarial services leader, and then, two years later, leader of the US insurance practice. “It was a massive change for me,” she says, “a very steep learning curve.”

While she was still adjusting to her new leadership position, Hay was thrown a curveball: She was asked to run for a position on the board. “I said no,” Hay remembers. “I said, I’m two months into this new role. I don’t think I could handle that, I have a lot to do here, I’m excited.”

But she was encouraged to take a risk. “One of our other female leaders said, ‘women always say that! Please reconsider. What’s the worst that can happen? We’ve got to push our women to say yes, and that starts with you Laura. You’ve got to move forward.’”

Hay recalls spending the next week thinking about it, talking to friends, and reaching out to her network. She also discussed it extensively with her husband: “We talked about the commitment and what it was going to mean for our family, and the fact that I did want to be on the board, I just felt that the timing wasn’t right.”

After careful deliberation, Hay decided to go for it — to move out of her comfort zone and take advantage of the opportunity. She never looked back: “I have to tell you that within the first hour of being exposed to some of the things that came to the board of directors at KPMG, I couldn’t believe I had ever debated it. It was such a magical experience, and a growing experience for me personally. I felt like I could make an impact on the firm. I really couldn’t believe I had almost turned it down because of timing!”

In light of her experience, Hay encourages other women to step back when considering taking on something new. “Don’t just immediately say no, and don’t just say it’s not the right time. Try to really think deeply. If the answer’s still no, then the answer’s no. But don’t stop.”

It’s a question of seizing an opportunity, regardless of your fear. As Hay puts it, “if we don’t take risks, we’re not going to progress.”

She remembers some incredibly important advice she was given, early in her career, that empowered her to do just that. “I asked one of my mentors about the key to her success, and she said, ‘I have many more failures than successes in my past.’ It sounds like a strange quote, but what she meant was, ‘I’ve taken risks and they haven’t all worked out, but I’ve learned from them and continued to take risks.’ And so we need to continue to try new things, and get comfortable with failure. The ultimate failure is only if we quit.” 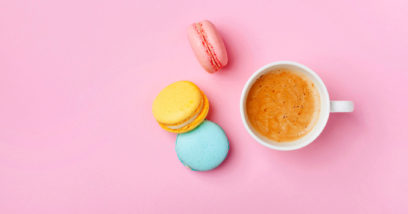 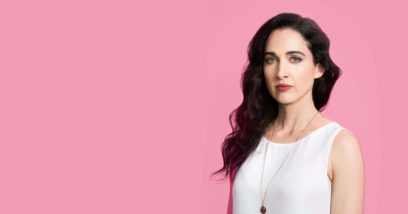 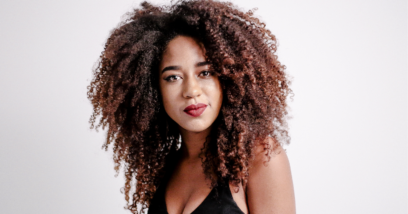